Grace Simrall was named Chief of Civic Innovation and Technology for Louisville Metro Government in August 2016. She is responsible for advising the Mayor and leading the city’s Smart City initiative, transforming the resident experience of digital government, and facilitating co-creation of breakthrough civic innovations. Under her leadership, the city has received national recognition for their innovation work including 2017 Center for Digital Government - Most Innovative City, 2018 Bloomberg Philanthropies Mayors Challenge Champion City, and 2018 Smart Cities Council Readiness Challenge awardee. Most recently, the city received What Works Cities Gold certification status in 2019, only one of four cities to do so.

Prior to this role, Simrall served as Executive Director of Innovation at Care Innovations, a joint venture between Intel and GE Healthcare, where she was responsible for the company’s innovation and analytics initiatives. In 2010, she founded iGlass Analytics, a startup focused on delivering data management and analytics solutions in the healthcare technology space.

Chris Seidt is a veteran city government leader and trusted advisor having worked for the pre-city county merger City of Louisville and the combined Louisville-Jefferson County Metro government for a combined 15 years. Most recently, Chris has led Louisville Metro initiatives to drive city innovation through the use of technology by leading initiatives to deploy unmanned aerial systems to respond to gunshot detection system activations and working to have Louisville named as a finalist for the Smart Cities Council Readiness Challenge and the 2018 Bloomberg Mayor’s Challenge.

Michael Schnuerle is Louisville's first Chief Data Officer in the Office of Civic Innovation and Technology, and is working to use data to improve government performance and transparency, with responsibility for open data, citywide data strategy, and fostering employee data-driven decision-making. He has spent 14 years in civic tech, and 24 years working on internet projects. His first product as an entrepreneur was an online crime map built using open records requests and Google Maps in 2005. This grew into open data advocacy and building civic services around real-time transportation, public safety, geocoding, data standards, and APIs, and led to co-founding Louisville's first Code for America brigade. His latest focus is collaboratively building common open source tools with other governments and partners through the Open Government Coalition.

Ken Hillebrand has worked in local government since 1984 starting as a Legislative Assistant with the Louisville Board of Aldermen. In 1994 Ken began working with the Department of Information Technology and served as Deputy Director from 2000 to 2008 and 2018 to present. Ken has been focused on efforts to improve the delivery of Excellent Customer Service. Most recently Ken has been working to reduce the consumption of paper by Louisville Metro Government through the introduction of proven technologies. Ken has a master’s degree in Political Science from the University of Louisville.

Highlighted project: Role of Technology in a Resilient Government​

Ed Blayney is the Civic Technology Manager in the Office of Civic Innovation and Technology for Louisville Metro Government, and previously served as an Innovation Project Manager in the Office of Performance Improvement and Innovation. In 2016, he received the Route 50 Next Gen Innovator Navigator Award for his work in Civic Technology and Innovation. His projects focus on Smart Cities, Smart Mobility, digital inclusion, and civic tech. Before joining Louisville Metro, he served as an infantry officer in US Army and completed his graduate studies at the School of Government at UNC-Chapel Hill.

Ricky Santiago is the Innovations Program Manager in the Office of Performance Improvement and Innovation for the City of Louisville. Ricky handles digital inclusion initiatives including low cost internet sign up and computer imaging upgrade programs. Originally from Ponce, Puerto Rico, Ricky has lived in Louisville for the past 6 years. Ricky obtained his maters in organizational leadership from Indiana Tech. 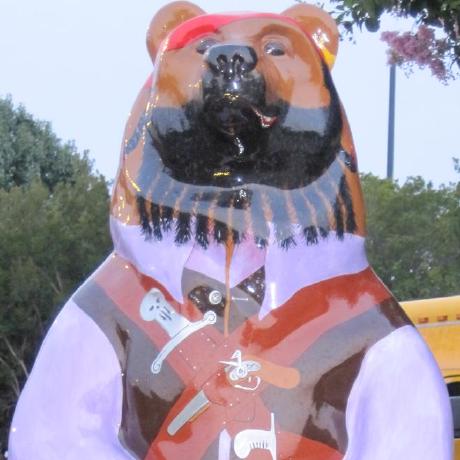